Is it Legal to Serve Process Through Social Media? 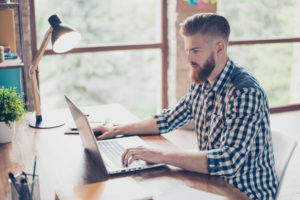 Social media is nothing if not controversial. Privacy concerns, misinformation campaigns, political violence…what happened to the good old days of just sharing what you ate for dinner? As social media becomes more entrenched in our daily lives, how will it affect the industries and jobs that keep our country running?

Process serving has always required in-person delivery for almost all cases. Using digital platforms, such as social media, to serve process has been frowned upon for many reasons:

Social media messaging services lack the privacy features and controls to make them suitable for serving legal processes. These services are largely unencrypted, meaning the messages are routinely scanned for indications of illegal activity and can also easily be intercepted and read by someone with modest hacking abilities. When the message you’re sending contains private legal information, as is contained in all court processes, this monitoring and possible interception can lead to big issues.

However, this monitoring has thwarted many criminal activities, including human trafficking, pornography, drug trafficking, and more. Without the ability to scan messages, these companies could no longer identify instances where their platforms are being used to facilitate crime. So for the foreseeable future, encrypting most social media messaging platforms seems unlikely.

There’s also no guarantee that the person you sent the process to via social media is the one who ends up reading it. Social media accounts are hacked every day, so until they come up with a way to stop hackers, sending personal legal information via social media just isn’t secure.

Proof of service is a vital element in the current process service industry, but there’s no way to replicate this currently on social media. Social media messaging platforms have no official return receipt feature, and even if they did, anyone with access to the person’s account could claim the intended recipient read the messages when they actually did not. That tiny “Read” tag attached at the end of a social media message is not sufficient to satisfy the current proof of service laws in the United States. Since adequate time to prepare for a court case is a right guaranteed by the U.S. Constitution, the return receipt issue is a big one.

Service of Process Via Social Media is NOT Allowed in Florida

Because of the issues noted above, process service via social media is not allowed in Florida, except in some extremely rare cases of service by publication. The local newspaper is the most commonly used avenue for service by publication, but some judges have allowed process servers to post the notice in social media groups as well, although the practice is uncommon.

Trust the team of skilled process servers at Accurate Serve® in Tampa Bay for 100% legally compliant service, no social media included. Call us at (813) 544-6900 or send us a work requests online to get started today.