What is a Process Server Allowed to Do? 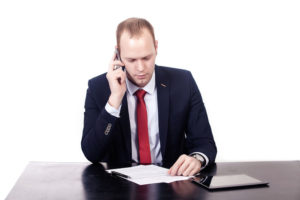 Filing a complaint is usually the first step in starting a lawsuit. This complaint outlines your allegations against another party and must be officially served on them so they can answer back with their side of the story. All of this happens before anyone appears in an actual courtroom.

Serving legal documents such as these requires hiring a certified process server who knows the rules about delivering, or serving, crucial case documents.

What is a Process Server?

A process server is a person who delivers legal documents to another person, often through personal delivery or by post. The process server must try to hand the document to the recipient in person, and if they are not available after several attempts, then the process server may request permission to serve the person by alternative means.

What Process Servers Can Do

Process servers have a lot of flexibility in what they can and cannot do to serve individuals with court paperwork, also known as process. Just a few of the actions a process server can take while trying to serve you include:

Visit Any Address Associated With You

A process server may visit any addresses associated with you in an attempt to serve you process. This includes your home address, work address, or any other place you are known to frequent.

Think your work is off-limits? Think again. A process server in Florida is fully within the law to contact your employer, inform them that they have been unable to locate you, and serve you at your workplace. Florida law requires the server to pass the case process off to your employer for them to deliver it to you. Once that paperwork is given to your employer, you are considered served.

If you don’t want a process server to know where you are, then you better stay off of social media. Over the years, servers have become experts at using social media to surprise process recipients when they least expect it. Geolocation, among other features, makes finding someone using their social media posts fairly easy.

Declare You “Served” Even if You Refuse the Paperwork

What Process Servers Cannot Do

Despite the fact that servers are allowed to do many things when searching for a process recipient, there are also quite a few activities they may not participate in. Process servers must not:

This is one of the most important ethical considerations for process servers. The deceitfulness of any kind is an ethical violation and could result in the process server losing their certification. This includes lying, omitting relevant information, and wearing disguises. (Note: impersonating a police officer or other public official isn’t just an ethics violation — it could land you in jail).

Process servers are not allowed to break any laws while serving papers. If they do, they could be arrested and charged with a crime. This could put their job in jeopardy and result in them losing their license.

Serve You on a Sunday

Service of process on Sunday is not permitted in Florida (except in rare cases and only with a judge’s express approval before the Sunday service attempt is made).

Give the Paperwork to Another Person (Unless Court Approved)

The process must only be handed off to the person named in the paperwork and no one else, per Florida state law. However, if the server has attempted to find the person named multiple times, in varying locations, with no luck, a judge may approve that the process is given to another competent adult to pass along to the person named. This is called Service by Substitution.

Post the Paperwork in Public Forums (Unless Court Approved)

If the process recipient cannot be located and the process server has exhausted all other options, they may be able to post the paperwork in public forums, such as the local newspaper. This is called Service by Publication. To do this, you’ll first need to get approval from a judge.

Process servers have the freedom to do their jobs as they wish as long as they do not lie, break any laws, attempt service on Sundays, or serve someone other than the person named in the process. Our servers here at Accurate Serve® of Tampa Bay know all the relevant laws and regulations so you never have to worry about invalid service due to breaking the rules. Call (863) 873-6691 or send us a work request online to get started today!